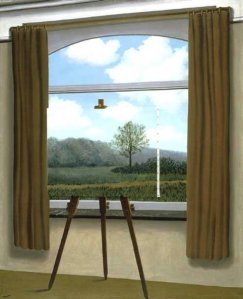 Holy Deja Vu! Are we back? So soon? Our motley caravan of blind men and elephants wandering through the desert wilderness looking for the promised land of recovery. Is this a mirage? Or just the eye of a huge dust storm still whirling around us. Or do the ayes really have it right? Has an all but dead market finally come alive like it sorta kinda seems like it has, even if you have to stand on a telephone book, turn your head 30 degrees and squint to see it?

Maybe the lame are leading the blind and their left legs are shorter than their rights. Maybe we just keep feeling our way around in ever-tightening circles. Spinning in our own spin. Digging a hole to China. If you can’t see where you are going it’s easy to end up in the same place again. It is comforting though. Familiar territory. No undiscovered country to navigate. No real change. Just the exchange of a new boss for an old boss. We won’t get fooled again right? Yeah right…

I’m sorry folks. I can’t help it. I still feel like I am being conned. Being fleeced and hoodwinked by all the pundits and the hucksters and the self-interest groups and the desperate minions who have done a bad, quicky patch job on Humpty Dumpty and decided to call it good. They are calling it good by rushing to judgment to call it the bottom. And then, presto chango, trying to fast forward the tape loop five notches up the rung of recovery – before the bottom ever really had a chance to fall out.

I’ve spent a long time in a profession predicated on selling all kinds of dreams to all kinds of people. I know there is swamp land in Florida. I know my uncle died owning twenty acres of landlocked sand in the Anza-Borrego Desert. I know that the Brooklyn Bridge has been sold many times. I know that London Bridge currently resides in Lake Havasu. And I know what foreclosures in South County look like. And I’m not buyin’.

Yes, I know some of you are buying. Thank God and more power to you. It’s a dirty job paying cash for all those clunkers. But someone has to do it. And all you investors betting on the come are helping out the rest of us even if you are really just indulging your own greedy obsession. I know the number of homes sales has gone up. I know the median price has risen. But too much direct, personal experience with teachers, nurses and myriad Joe the Plumbers in the marketplace tells me a different story.

Numbers often lie. If all of us blind guys would simply take off our blindfolds, remove our blinders and put our bi-focals on so we can see both near and far, big and small and examine all the parts of all the elephants – a very different picture would emerge.

Still everyone keeps trying to call it. Declare the end over. Say we are back on track with Bernanke and Barak. Since Big Ben is a renowned expert on the Great Depression we somehow dodged the apocalypse. Now everyone is anxious to take a recess from the recession.

What’s the difference between walking in circles and walking in cycles. A New York accent? Or a larger perspective? I have no problem with cycles. But I do have a problem circles that create a downward spiral. It’s not enough to see in two dimensions or three dimensions anymore – we have to see in at least four dimensions and give time its due. Does anyone think that the Dow is going to leap to 14,000 anytime soon? The NASDAQ to 5,000? Why is our median price going to jump back up in a heartbeat to $780,000?

We are trying too hard to take the edge off so we can put round little pegs into our little round circles while we conveniently ignore the rest and get back to normal. Folks… 2004 and 2005 weren’t normal. The fallout we are facing is proof of that. Things consumed in mindful balance don’t give you the DT’s. We shouldn’t try to go forward by going back to that place.

When the economy crashes, recovery takes more than a 28 day stint in the Betty Ford Center – getting the celebrity make-over, treating a few of the big symptoms without really challenging the underlying causes. We are neither clean nor sober yet. We haven’t completed our 12 step program. We haven’t even apologized or made amends.

Yogi Berra, who will always be my Yogi and my best Dream Catcher says it ain’t over till it is over. That’s my story and I’m sticking to it. 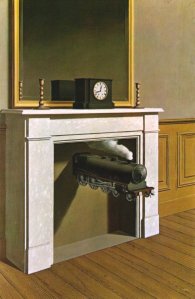 Real estate isn’t rocket science. It’s not even advanced auto mechanics. It might be brain surgery. Simple brain surgery like connect the dots between the synapses of supply and demand.

The housing market isn’t like HOUSE, the TV series, where a simple cough turns out to be the onset of a one in a million pituitary gland disorder caused by a rare tropical rain forest virus carried into the United States hidden in the microscopic fibers of tongue depressors fashioned in third world sweat shops.

And now that I’ve mentioned TV and real estate in the same breath, I gotta digress further… Those responsible for FLIP THIS HOUSE should be walled up Edgar Allen Poe-style behind one of those fake façades they put up to lure stupid buyers and viewers.

The only thing appropriate for TV would be a show called FLIP OFF THIS HOUSE. It would chronicle all those once eager home-investors busy surrendering their homes to the bank via short sales and foreclosures.

Back to brain surgery… At times like this, I think the market would be better off if we distributed free chainsaws and encouraged people to apply them directly to each others’ corpus callosums. That’s the part of the brain that connects the right and left hemispheres and helps mix up all of those strange nonlinear urgings with rational thought patterns.

Disassociate all feelings, emotional baggage, feedback loops, arbitrary psychological lines drawn in the sand, from the more analytical, empirical observations of the world and 2 + 2 might equal 4 rather than the fantasy that they equal 10 with the help of leverage and a ton of appreciation.

Is there any Seller out there who honestly thinks that happy days are just around the corner? And yet… aren’t the majority of Sellers hopelessly hanging on, unable to pull the string or the trigger or their heads out of the sand as the market dynamic continues to pull
the rug out from under their dream of saving their savings and preserving some shred of their equity and dignity.

Why such a disconnect? I said it last week. When bad news hits, folks typically go through a five step progression: denial, anger, bargaining, depression, acceptance.

Four years after the peak of the market in 2005, most sellers are still stuck in the denial stage. The classic model of real estate denial includes reasoning like this: “No matter what I read in the paper or hear what my Agent says, I know that all it just takes on buyer to sell
a house. There must be one person out there that is perfect for my house. He’s got a suitcase full of cash, doesn’t care about that stupid thing called market value and will do anything to buy my home. I just have to find him.” I call this the lottery method of selling.
Maybe you’ll find that guy tomorrow. Ten years from now. Or never.

Sellers have only two real choices at the moment, if they aren’t up to playing the lottery. The first one is to capitulate. Give in to the market and sell your house at
a price that the market is willing to pay. Every house could sell tomorrow at the right price. Obviously, that price is far less than what most Sellers even want to contemplate at the moment.

The second choice is to hunker down and be prepared to hold onto it for a long, long time. Much longer than you can imagine right now. If you are (emotionally) waiting for your home to be worth what you bought it for in 2005, you could easily wait for 5-7 years for that to happen. Or longer. 2005 wasn’t normal. It was a façade fueled by greed, leverage, and
unprecedented access to money without inconvenient truth.

Does that sound normal to you?

The notion of keeping your property as a rental, having a negative cash flow, paying 5 – 7% interest on the debt, being a property manager and selling it in a year or two (when it is worth even less) makes absolutely no sense at all.

Forget the emotion. Do the math. Bite the bullet. Denial is a shovel that digs the hole deeper and deeper You are going to hear a lot of talk in the coming months about a real estate recovery. Let’s get clear on Recovery is simply that point in time when the market stops going down. Somehow, human nature twists the concept into something wishfully but wildly impossible. It thinks that recovery means that one day, we wake up and suddenly it is home circa 2005 when the Median Price was $750,000 and people were lined up to buy. You can’t click your heels and go back to that home again. Time to move on.